The Higher School of Education and Social Sciences of the Polytechnic of Leiria and CICS.NOVA.IPLeiria invite intercultural mediators, teachers, health professionals, educators, researchers, social, education and sport scientists, social educators, social workers, animators and other social intervenors, to discuss Living, Coexistence and Survival in a Pandemic Context: accounts and experiencies. 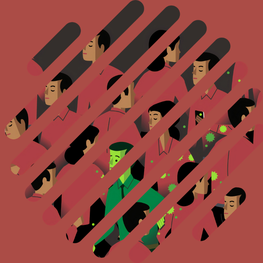 The School of Education of Leiria(ESE), the oldest school of the Polytechnic Institute of Leiria, became, in 2002, the first and only public institution, in mainland Portugal, to grant a degree in social work, first a baccalaureate’s degree, then a bachelor’s degree, after decades in which the field was a monopoly of private education.

As a result of the focus of the then ESE-IPL in the area of Social Sciences, in addition to the training of teachers and childhood educators, a legacy of the Primary Magisterium, the institution changed its name, with the new statutes published in 2008 (II Series DR No 139, of July 21) and was renamed School of Education and Social Sciences (ESECS). Along with Social Work and Human Relations and Communication at Work, a course that began in 1993, were created and developed the degrees of Social Education, Cultural Animation, Social Communication and Multimedia Education (which was recently transformed into Communication & Media) and Sports and Well-Being, among others related to the Chinese language and culture.

It was in the department of Social Sciences of ESE, then ESECS, that was born, in 2003, the first research unit (RU) of the Polytechnic Institute of Leiria evaluated by FCT (2007): CIID-IPL - Research Centre for Identities and Diversities of IPL, as called then.

In 2015 the CIID has become a pole of a new RU (Network centre with 5 poles) created at the FCSH of the University Nova of Lisbon - the CICS.NOVA.Ipleiria. This Centre has invested in the study of multiculturality, migration, accessibility, intercultural mediation and social intervention. It was due to this research work that in 2013 these researchers proposed the master’s degree in Intercultural Mediation and Social Intervention that was accredited by A3ES, being, so far, unique in the area in the Portuguese higher education system.

Registration for the 9th International Conference on Intercultural Mediation and Social Intervention is currently underway, under the theme: “Experience(s), Coexistence(s) and Survival(s), in the Context of Pandemic” whose presentations and keynote conferences will be published, respectively, in an online edition and in an international distribution book.