Carlos Alberto Ferreira Neto is Full Professor at the Faculty of Human Kinetics (FMH) of the University of Lisbon (UL). Currently he is President of the Casa da Praia-Centro Doutor João dos Santos. He was an effective member of the General Council of the University of Lisbon (2015-2017). President of FMH (January 2010 to July 2014), he is currently member of the Department of Sport and Health and of the Laboratory of Motor Behaviour.
Physical Education Instructor at the School of Physical Education of Lisbon (1971); Graduated in Physical Education (1975) by the National Institute of Physical Education, he was a professor at the Institute of Physical Education (1976 until 1984) and is currently a professor at the Faculty of Human Kinetics since 1985.
He teaches the Motor Development subjects in the different Sports Science degree courses, the Child Development Observation subject in the Psychomotor Rehabilitation Degree and the Physical Education I subject in the Master in Physical Education Teaching. He is coordinator of the Master in Child Development.
He also held several management positions at ISEF and FMH: Vice President of the Board of Directors; President of the Pedagogical Council; President of the Scientific Council (2 terms); President of the Assembly of Representatives (3 terms) and President of the Motor Development and Adaptation Laboratory and President of the Department of Kinetics Sciences.
He was the founder of the Physical Education Society, a member of several scientific journals and has published several works in scientific journals, book chapters and participated in several seminars, congresses and training actions on Physical Education and Sports, motor development and physical education teaching in early levels of education and play and child development.
The main lines of investigation are located in the study of the development of motor skills and the effects of teaching situations (1); child's play and development (2); life routines and independence of mobility in children and young people (3) and “Bullying” in school playground (recess) (4).
He was a member of the Coordinating Council of the Child Support Institute, having participated in the creation and coordination of the Playful Activity Group. He was founder and president of the International Society for Child Studies (SIEC), and is a Portuguese representative of the “International Play Association (IPA). In Lisbon (1999) he organized the “XIV IPA World Conference” (Play and Community), in 1997 the “20th International Congress” (Play and Society) of the ICCP (International Council of Children´s Play) and in 2008 the 4th International Conference of Violence in School.
Between 1998 – 2003 he was coordinator of the Lisbon team (FMH) of the international project, “TMR Network Project - Nature and Prevention of Bullying: the causes and nature of bullying and social exclusion in schools, and ways of preventing them”.
He is the author of the books “Game and Child Development”, “Kinetics and Childhood Game”, Topics in development in Childhood and adolescence” and “Playing in Cascais” 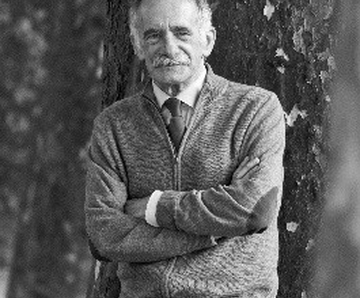